The Beginnings of the Textile Industry: From Lace Thread in 1774 to Théophile Legrand

The Beginnings of the Textile Industry: From Lace Thread in 1774 to Théophile Legrand 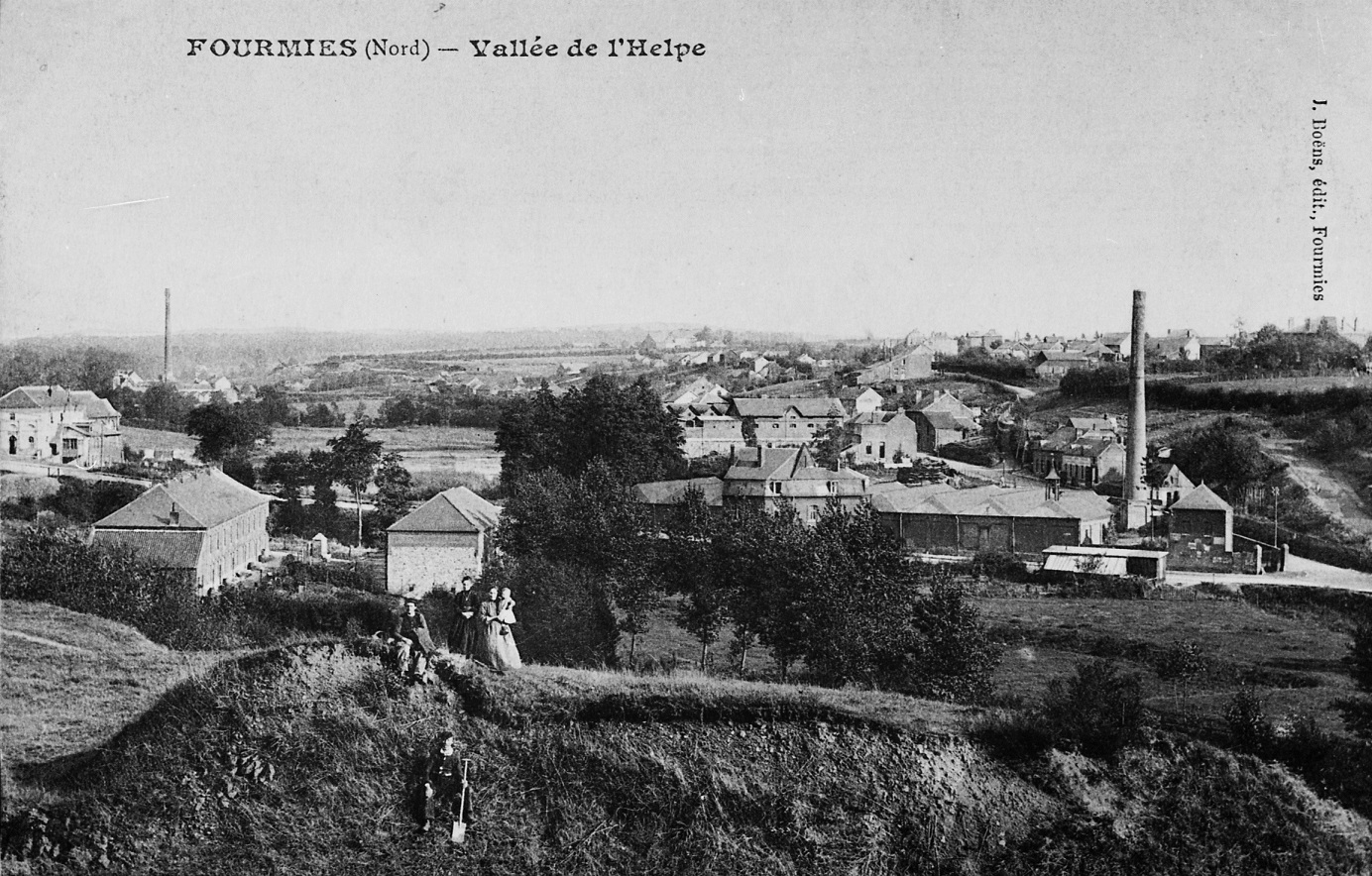 Established in the Nord-Pas-de-Calais since the thirteenth century, the textile industry has forever marked the collective memory of the region of Fourmies, mainly oriented towards an industry of spinning and wool weaving. The region proved optimal for such textile development due to the favorable natural conditions (forests and ponds that offer moisture suitable for spinning extremely fine threads), the textile factories produce fine fabrics for apparel, and additionally specializing in the manufacture of blankets and flannels. 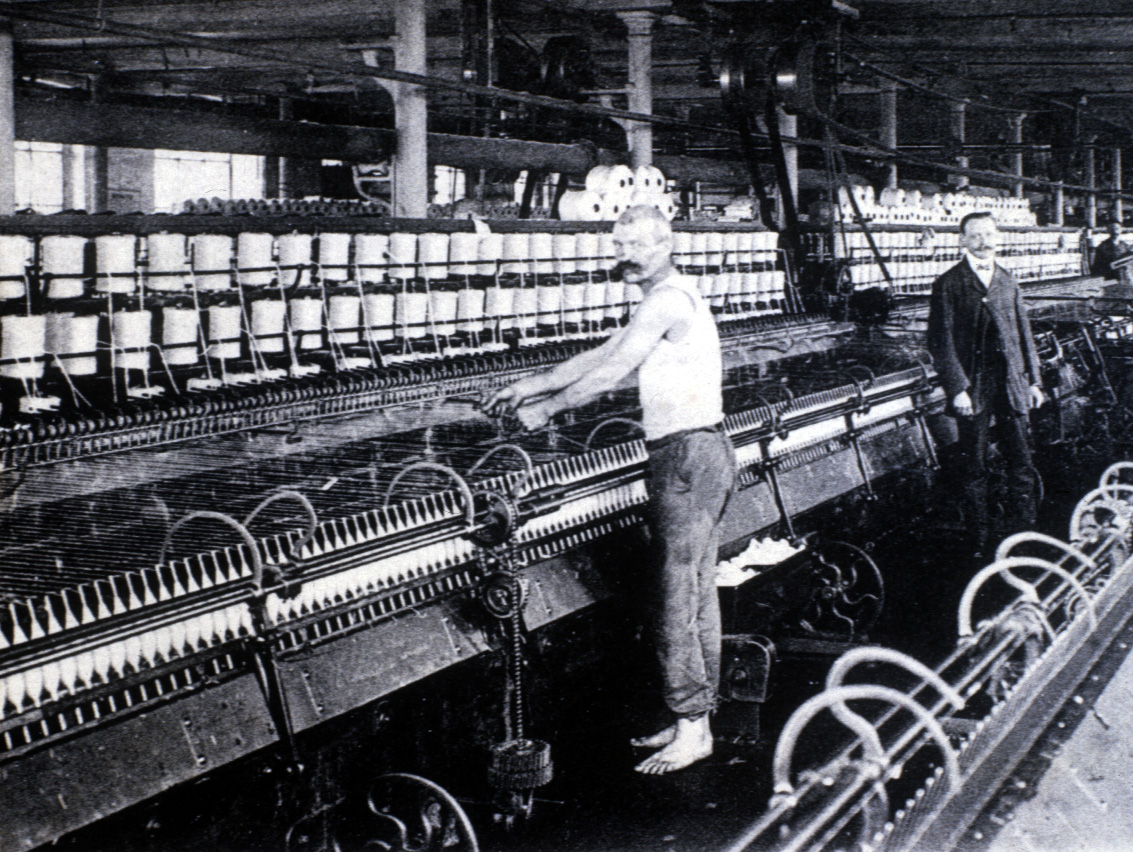 The Beginnings of the "Legrand" Saga

The textile industry starts in Fourmies in the mid-eighteenth century with the development of the first lace factories built up by Legrand family. In 1774, the first flax mill "devious and laundered" in the manner of Holland was created by Jean Staincg and Nicolas Legrand (cousin of Théophile Legrand’s grandfather). Nicolas Legrand fights the Dutch monopoly over the manufacture of lace. It was not until 1805 that the first factory to be built knit cotton. 1810 sees the opening of the first cotton mill, nicknamed "The Old". Joseph Louis Legrand is the founder. 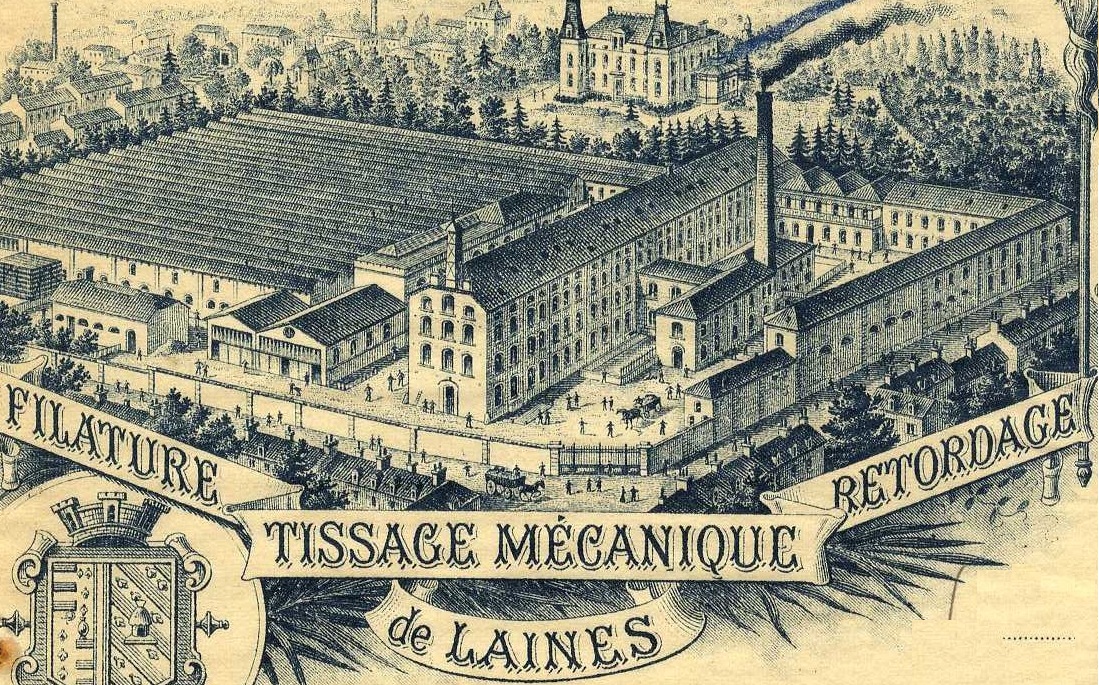 Théophile Legrand is the son of Joseph Louis Legrand, who built the first worsted spinning mill in Fourmies in 1825. In October of the same year, the worsted industry replaces cotton milling, utilizing steam. The initial startup was difficult because this new industry was virtually unknown. Two other wool mills spring up imitating Legrand’s innovation: one in Le Cateau and the second in Bazancourt near Reims. The cotton mills in Lille import the first fire pumps from England. Many leaders of the textile industry located in Roubaix will follow Legrand’s example by modernizing their factories between 1830 and 1840. 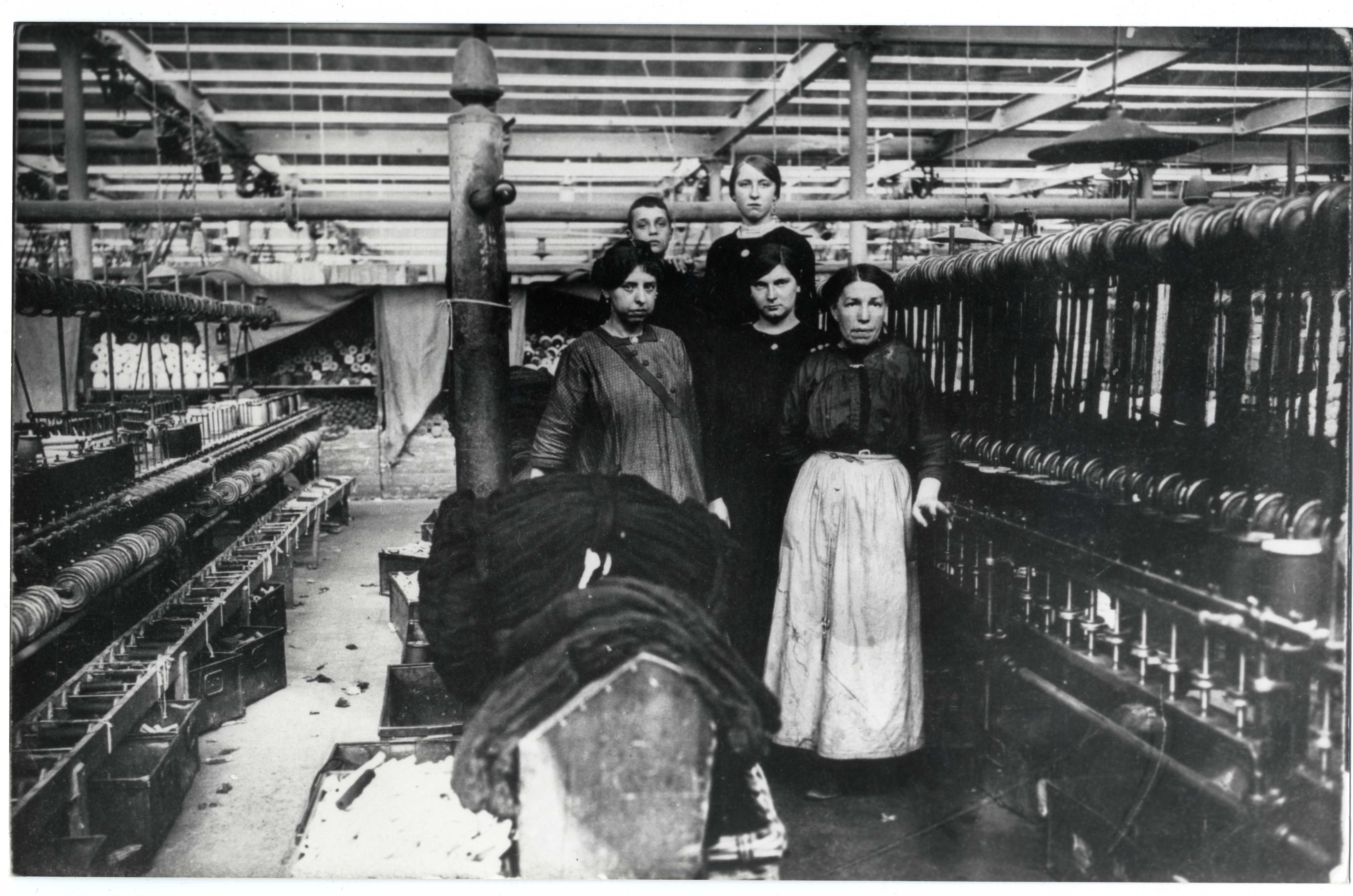 With few machines, no technicians, no engineers, geographical isolation and a city devoid of roads and waterways ... At the middle of the 19th century Fourmies was an inaccessible area of the world. Théophile Legrand’s tenacity and perseverance coupled with a good dose of genius would overcome these difficulties. Staying consistently abreast of the current technological advances, Théophile Legrand continuously improved the industrial processes. Soon, other entrepreneurs began to settle down in Fourmies, attracted to the great success of Legrand.

These entrepreneurs would eventually control the entire production chain from sheep's wool to finished products (with combing, dyeing and weaving techniques). During this time, the textile industry was thriving which in turn enabled a gradual growth of the city. In 1840, 6 factories in Fourmies, and by 1866 there were 49, and only 3 years later in 1869 there would be an outstanding number of 76 factories functioning in the city. 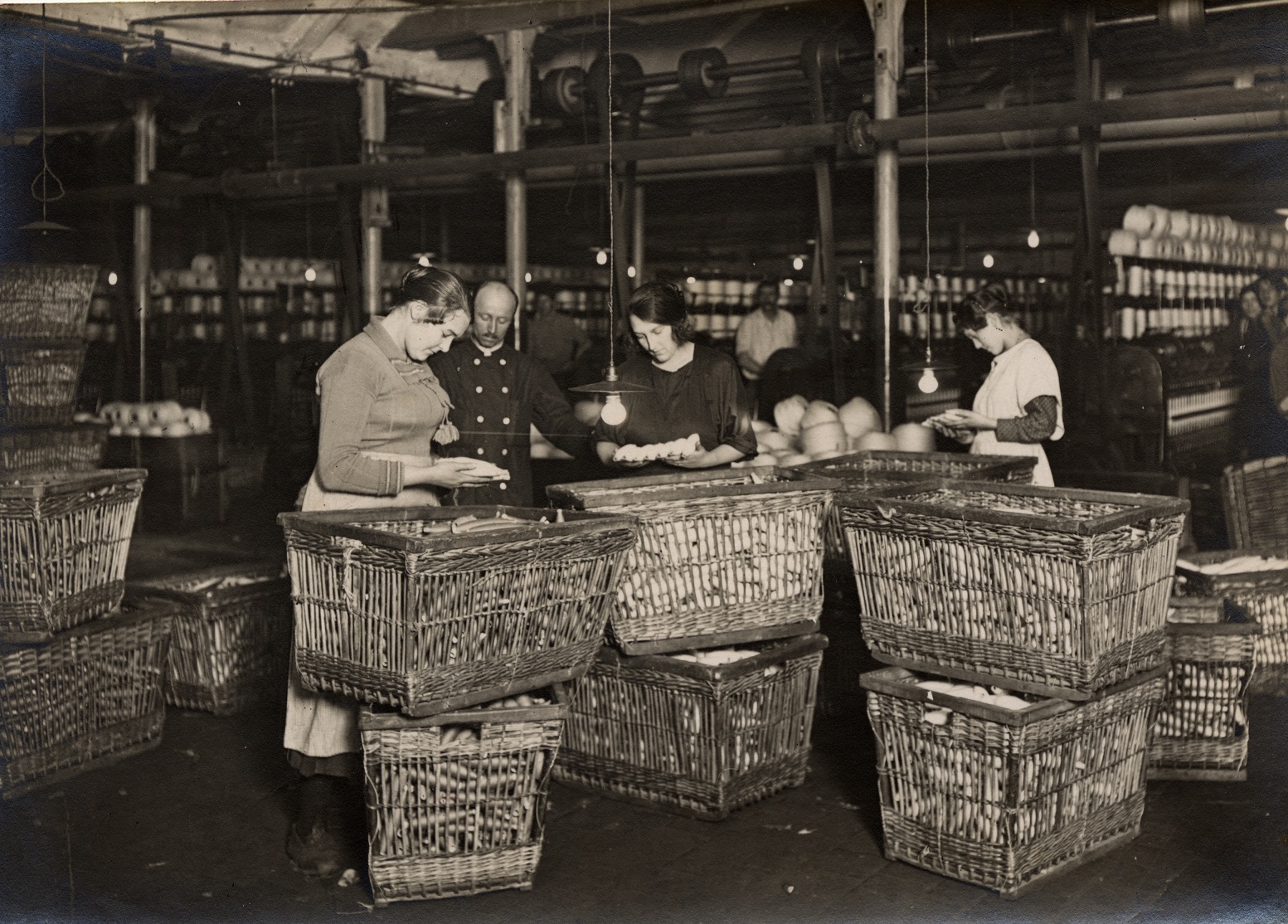 Thanks to its exceptional moisture of the region, to the arrival of the railway in 1869 (the line of Calais / Strasbourg) and its position ideally located between the North and East and between Brussels and Paris, the wool industry in Fourmies experienced an impressive growth in 1869! However, the loss of the German market in 1870 would have serious consequences and slowed temporarily this tremendous prosperity. 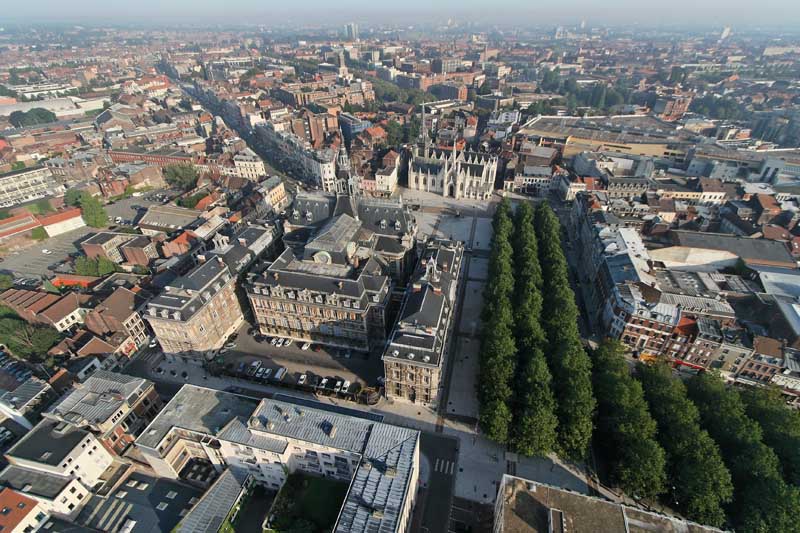 Around 1890, Fourmies and the surrounding municipalities would form the first region in France and in the world for the production of combed wool, revitalizing the area of Roubaix. At that time it accounted for 600 combers, 250,000 spinning spindles and 16,000 looms over a radius of 60 km around Fourmies, or 30% of the domestic production of all wool. 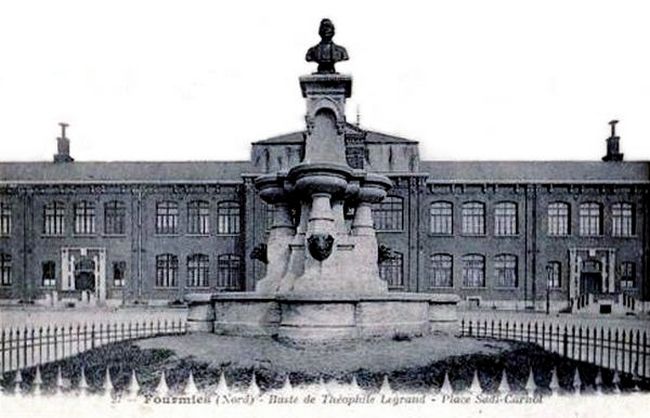 In 1910, the production of worsted wool in Fourmies and the surrounding region accounted for 47% of national production, 23 million kilos of wool. That year the region won the title of National Capital and World Capital of worsted wool beating for the first time out the region of Roubaix. Several contemporary documents confirm that it is in Fourmies where the finest wool thread in the world has been made with over 120 kilometers of threads per kilo! 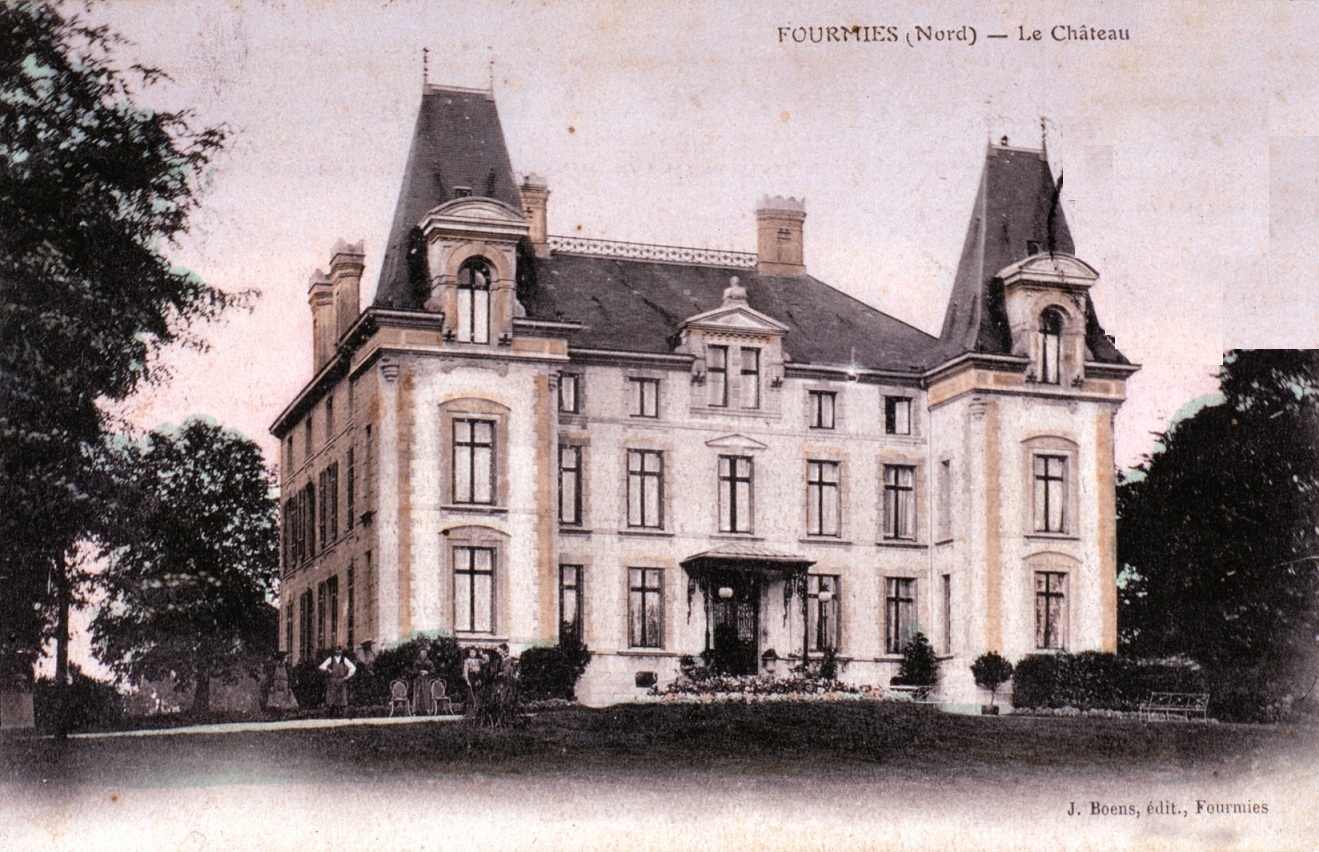 Since 1891, sales have grown steadily but also have the difficulties faced with such a successful enterprise. Between 1911 and 1914, 15 combing factories ended up closing, placing the blame primarily on the region of Roubaix ... Just before World War I, industrials from Roubaix bought many plants in Fourmies, and Fourmisiens workers became subcontractors of Roubaix. 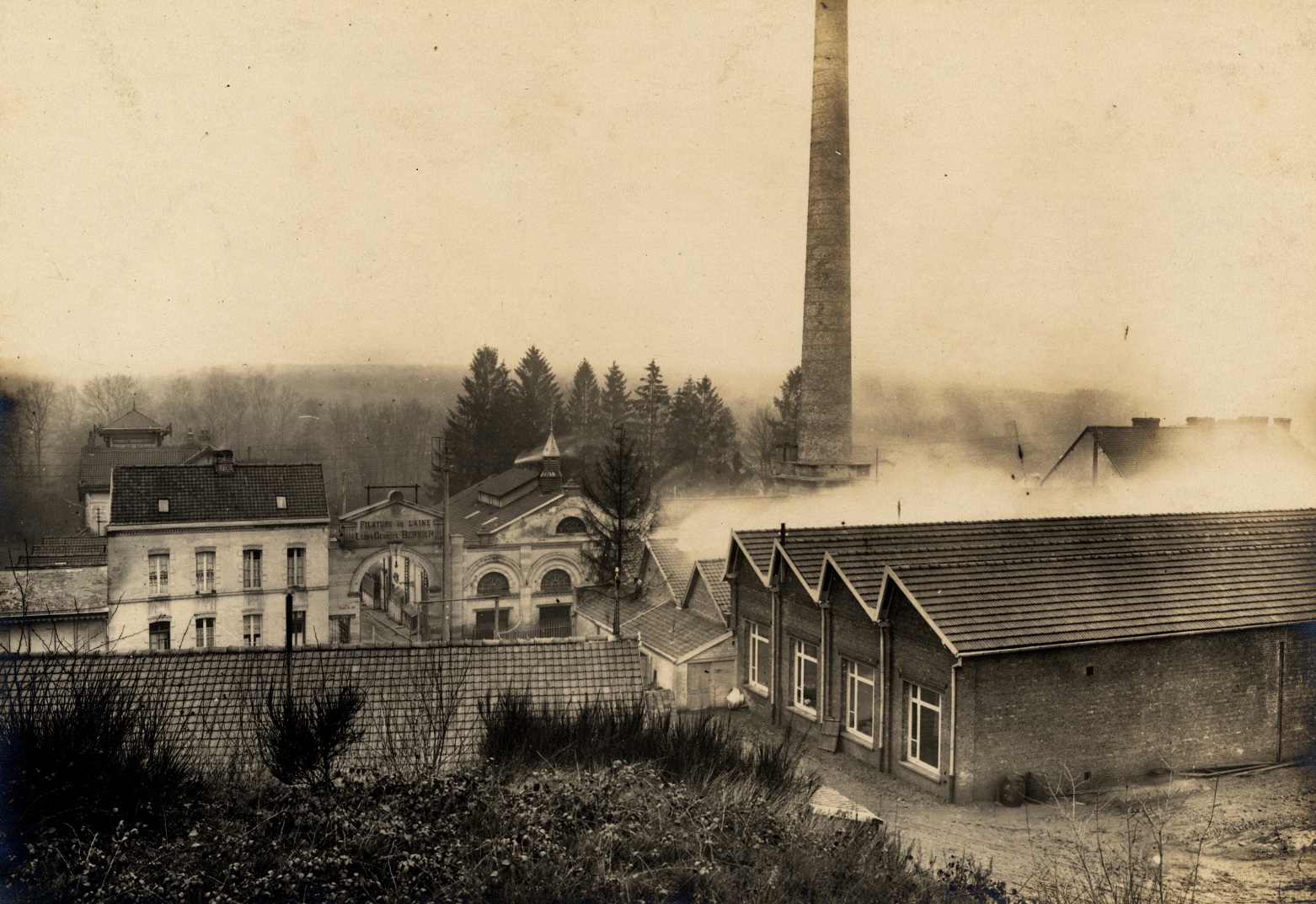 The Painful Aftermath of War...

World War I (1914-1918) forces Fourmies to lose its leading position nationally and internationally in the field of spinning worsted wool. With the German occupation, 88% of the industrial potential is destroyed or moved to Germany. Companies later seek solutions in the face of this economical crisis. In 1919, the League of Spinners for the region of Fourmies, a union of 25 organizations pool their war damage together in efforts to aid each others losses. 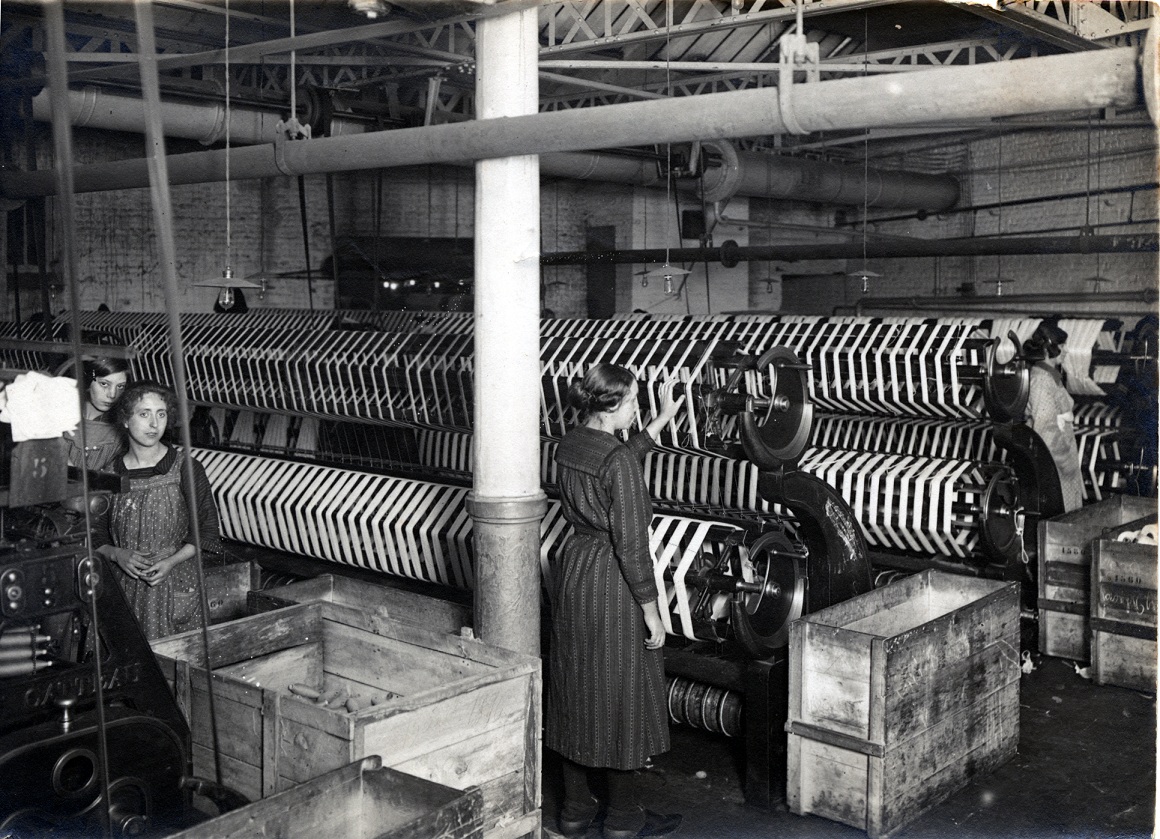 The 1929 Global Economic Crisis along with World War II would continue to effect industrial production and company growth of the region, the aftermath would be difficult to overcome in Fourmies. Unfortunately, another economic crisis in 1950 exacerbates economic decline of the region, causing many plants to close until the early 1990s. To this day one spinning plant remains in Fourmies and one in Avesnelles and a single technical textile factory in Trélon... 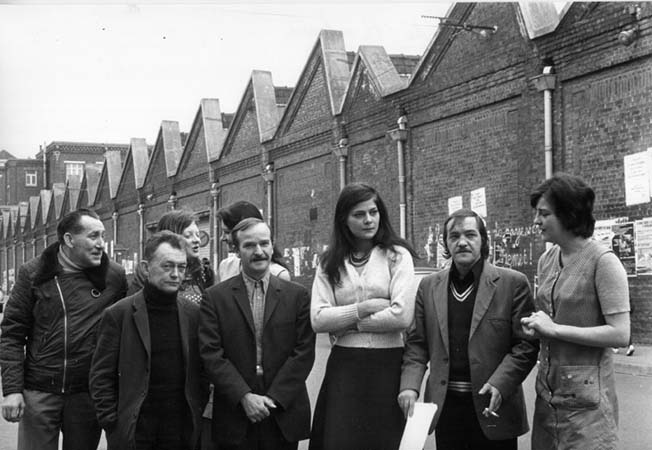 The Textile Crisis of the Twentieth Century

In 1918, Roubaix is also experiencing major difficulties. All stocks, all tools and many men have disappeared. The 1929 Global Economic Crisis, along with the worker’s strikes from 1931-1932 and the Second World War, cause major loss ... In the 1970s, the difficulties will still accumulate and competition from Third World countries will be fatal for the production of wool. Lainière de Roubaix (more than ten thousand people in 1970) finally closes in the early 2000’s. 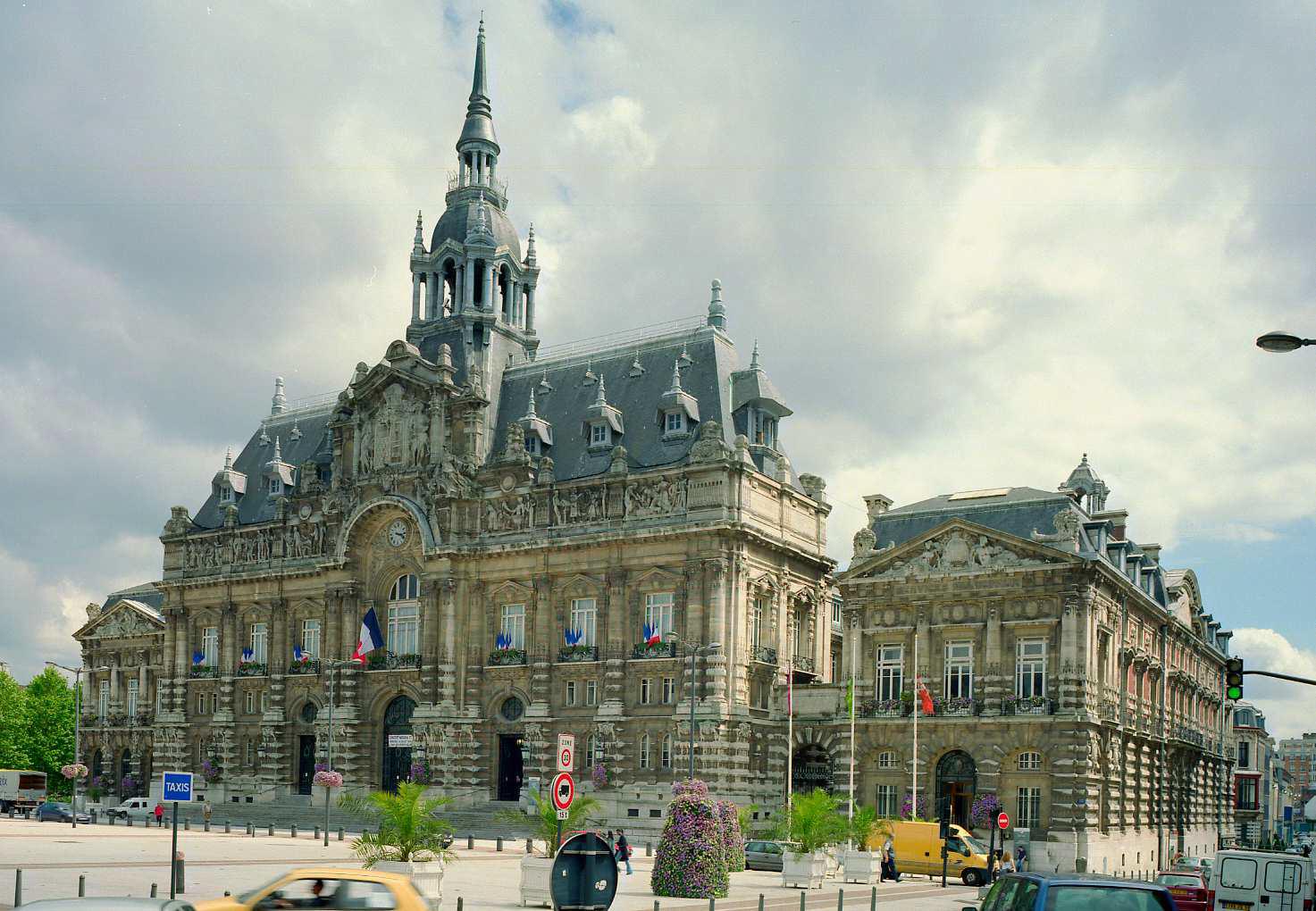 There are still some wool production companies based in Roubaix that have been now focusing on the the sale of clothing (La Redoute, 3 Suisses, Camaïeu, Damart, La Blanche Porte.) Phildar continues to produce wool in Turkey and Asia ... keeping its headquarters in Roubaix. The Nord-Pas-de-Calais region remains a major textile producer in France and Europe, for example in 2013, the textile industry still employs more than 15,000 people in the Nord Pas-de-Calais. 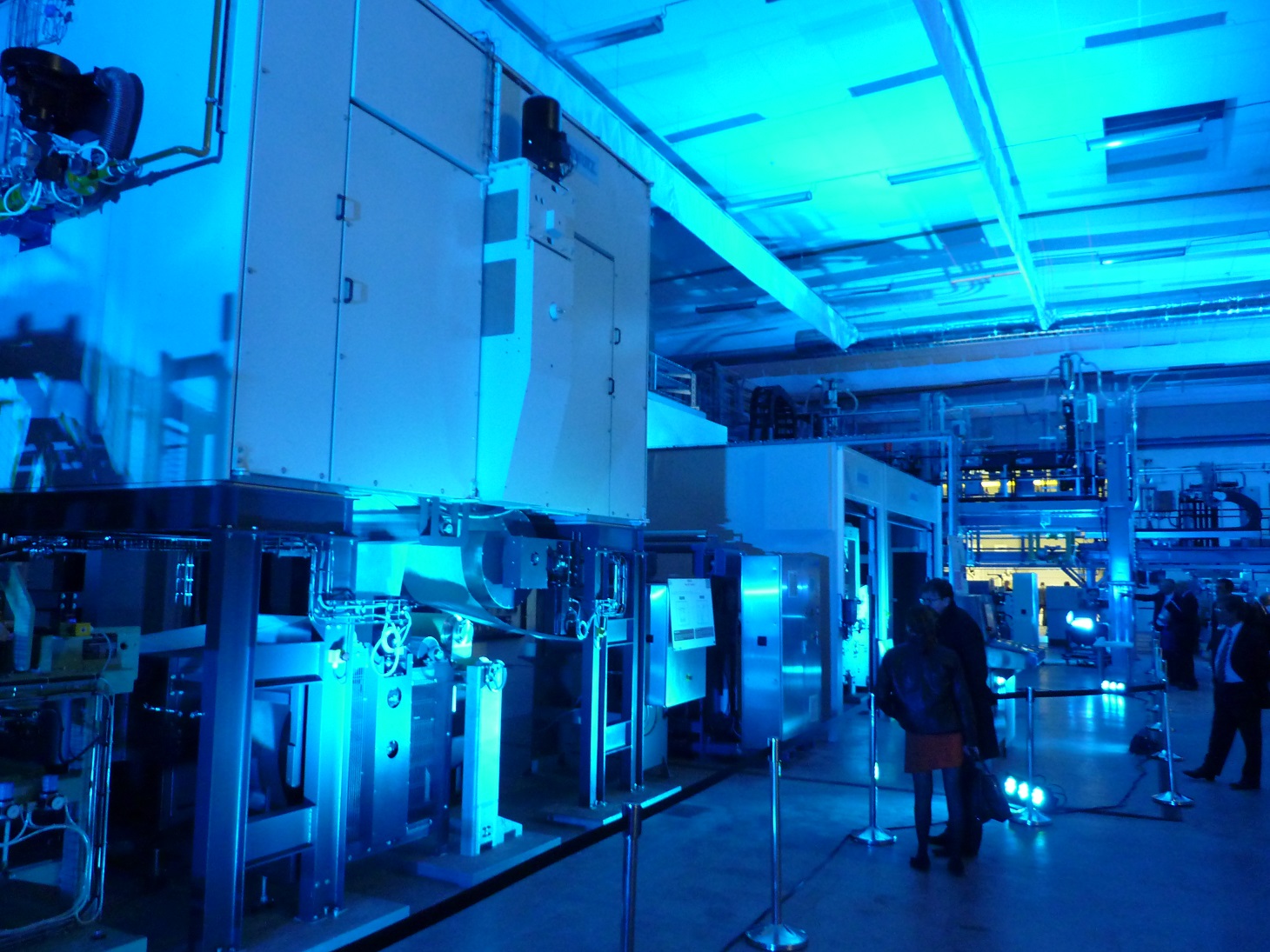 In France, the textile industry employs 70,000 people and experiences a 25 billion Euros revenue, thanks to a textile called "technical." Traditional woolen mills gave way to factories of technical, smart textiles. Applications and opportunities involving the evolution of textiles are numerous in the areas of health, aviation, railway, construction and recreation. Some even are discussing the possibility of a textile that may ultimately produce electricity to recharge phone batteries, tablets, and computers... 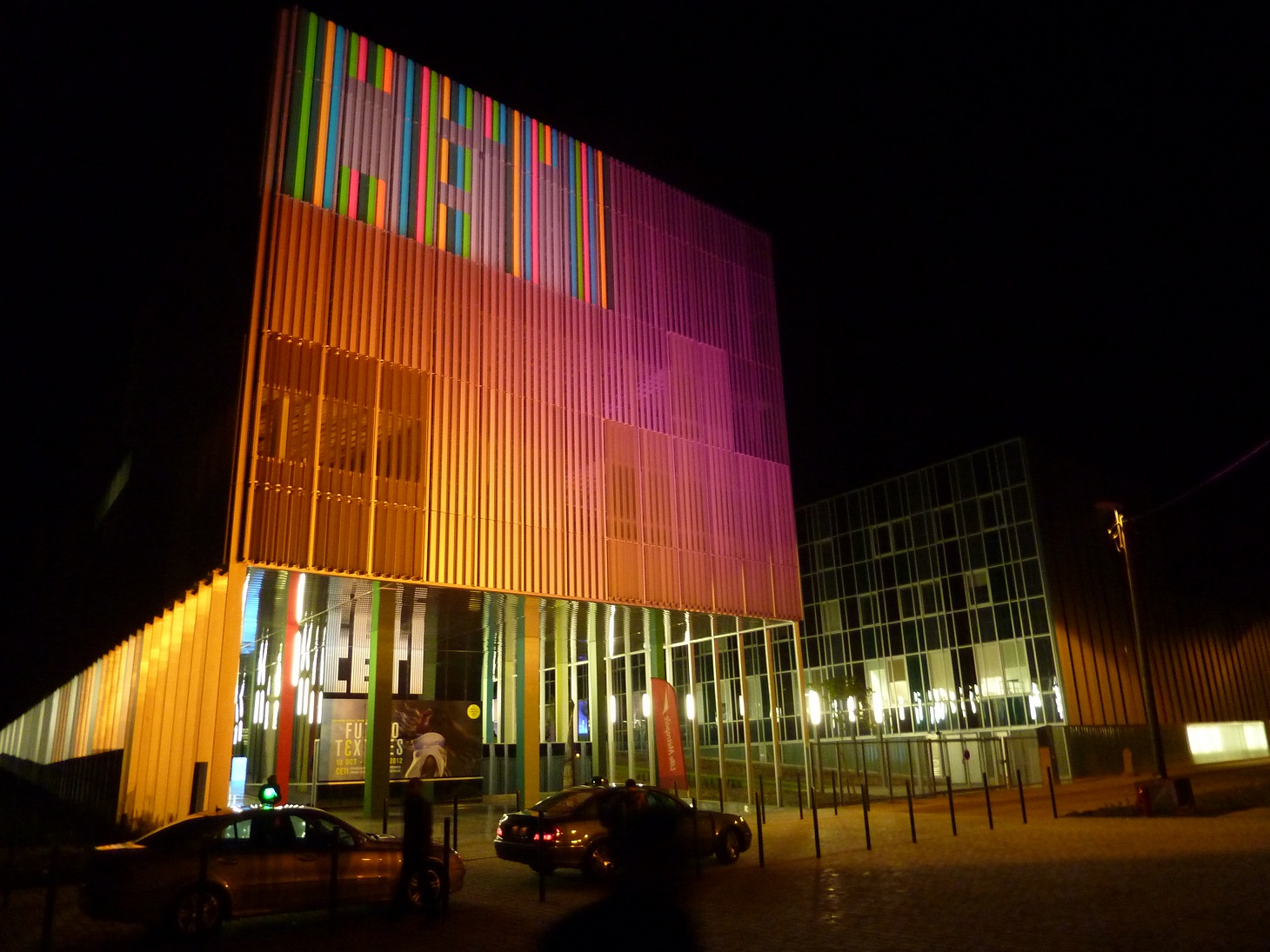 Opening of the European Center for Innovative Textiles (CETI)

In October 2012, the Textile professionals, colleges and the most prevalent textile laboratories in Europe opened the European Centre for Innovative Textiles (CETI) in Roubaix-Tourcoing. This property specializes in weaving and knitting technologies. Eventually, it hopes to form and bring together a community of intelligent and forward thinking textiles. This will make a unique CETI world. With a total area of 15,000 m2, the CETI consists of workshops, laboratories and offices, to enable SMEs and large European groups, to research and prototyping. 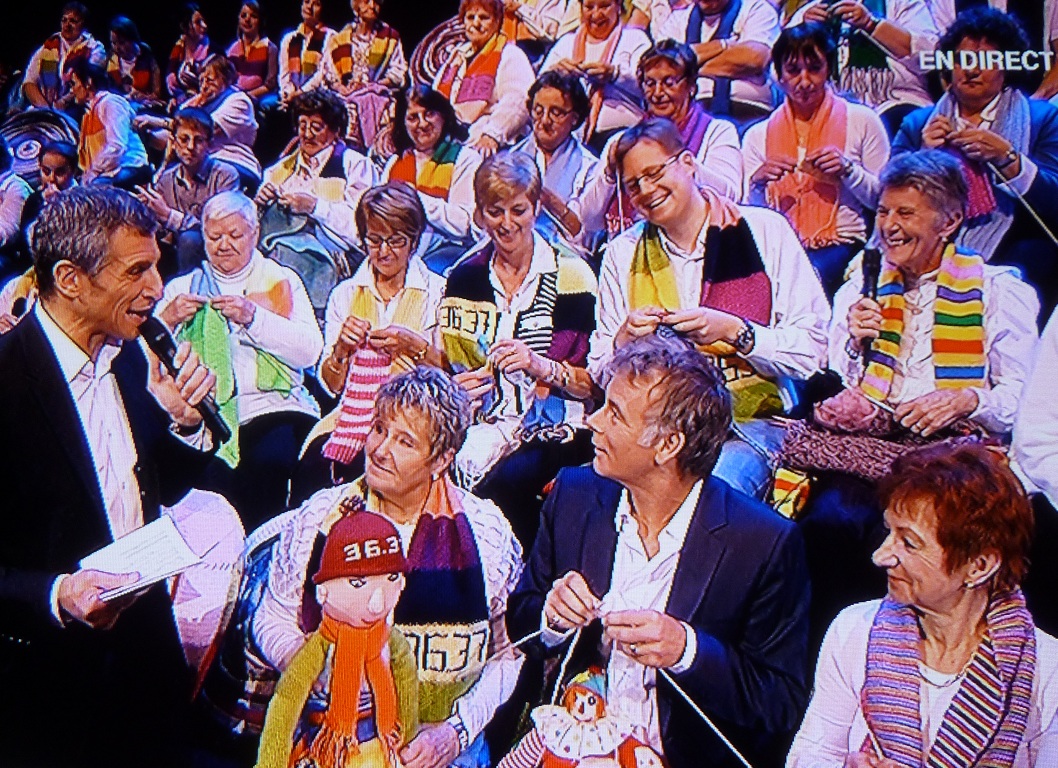 The new craziness in the XXI century of the “Tricot Solidaire”!

Knitting has taken off in the last few years, even if the wool production has been down. Between 2009 and 2012, the most impressive scarf in the world stretching more than 70 km and weighing at around 10.5 tons of wool was created. Today, knitter’s solidarity continues to uphold the wool tradition and renew this incredible story of passion between the region of Fourmies and textiles, a region developed by the Legrand’s family since 1774...

To date, more than 3000 wool designs have been produced because of The Knitting Solidarity group. 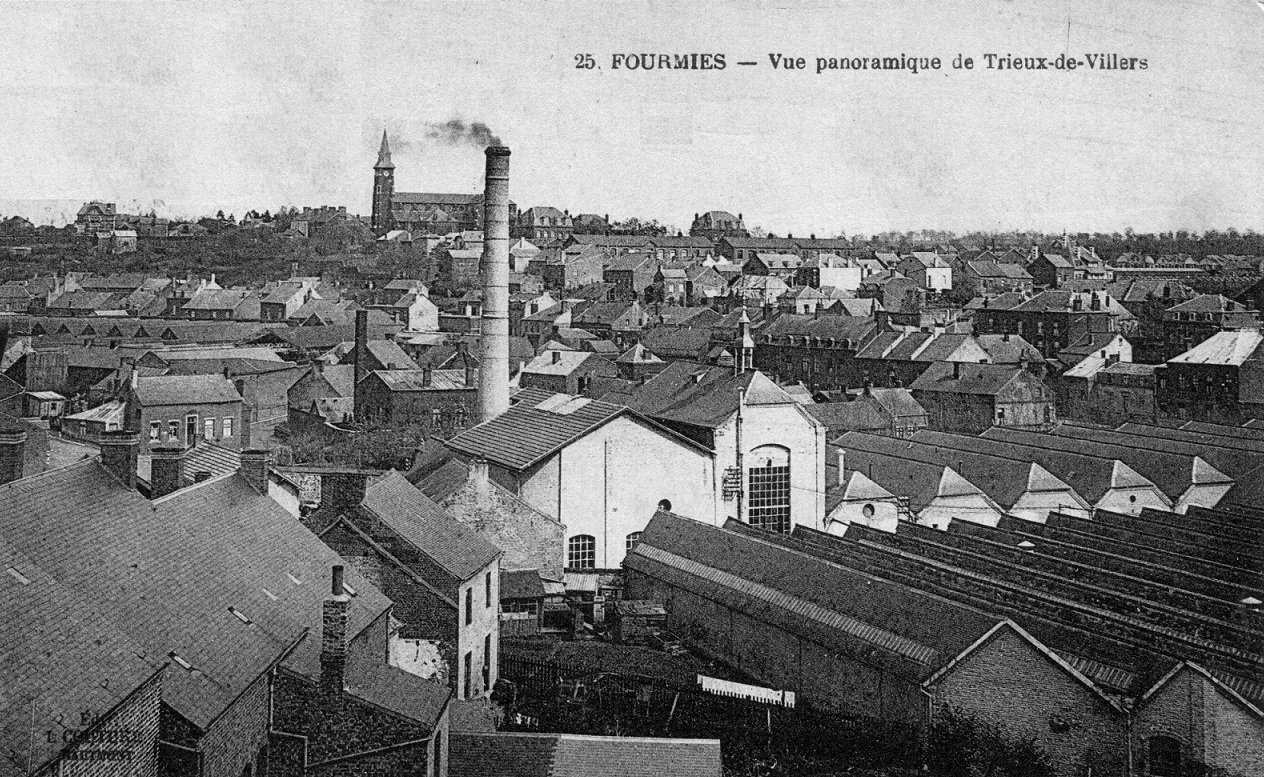 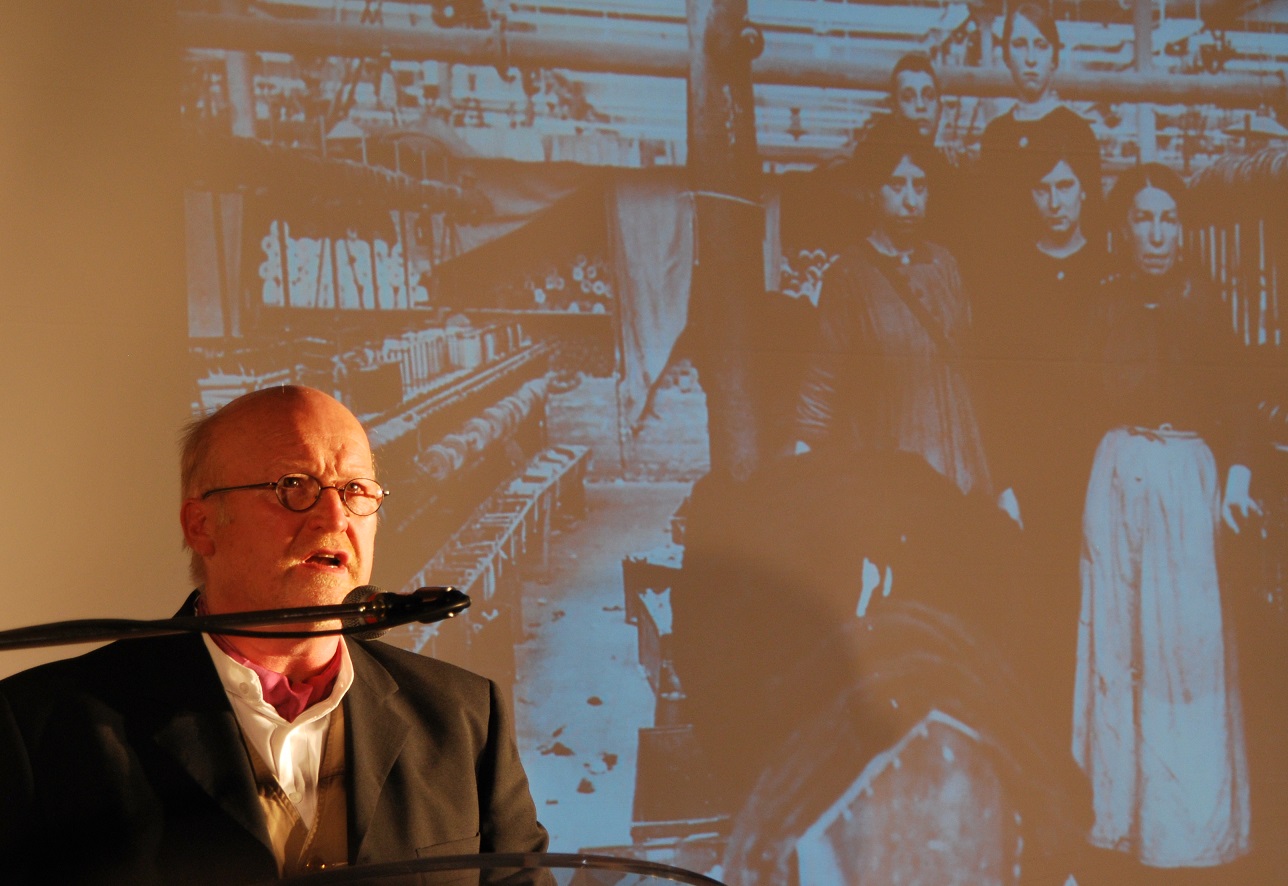 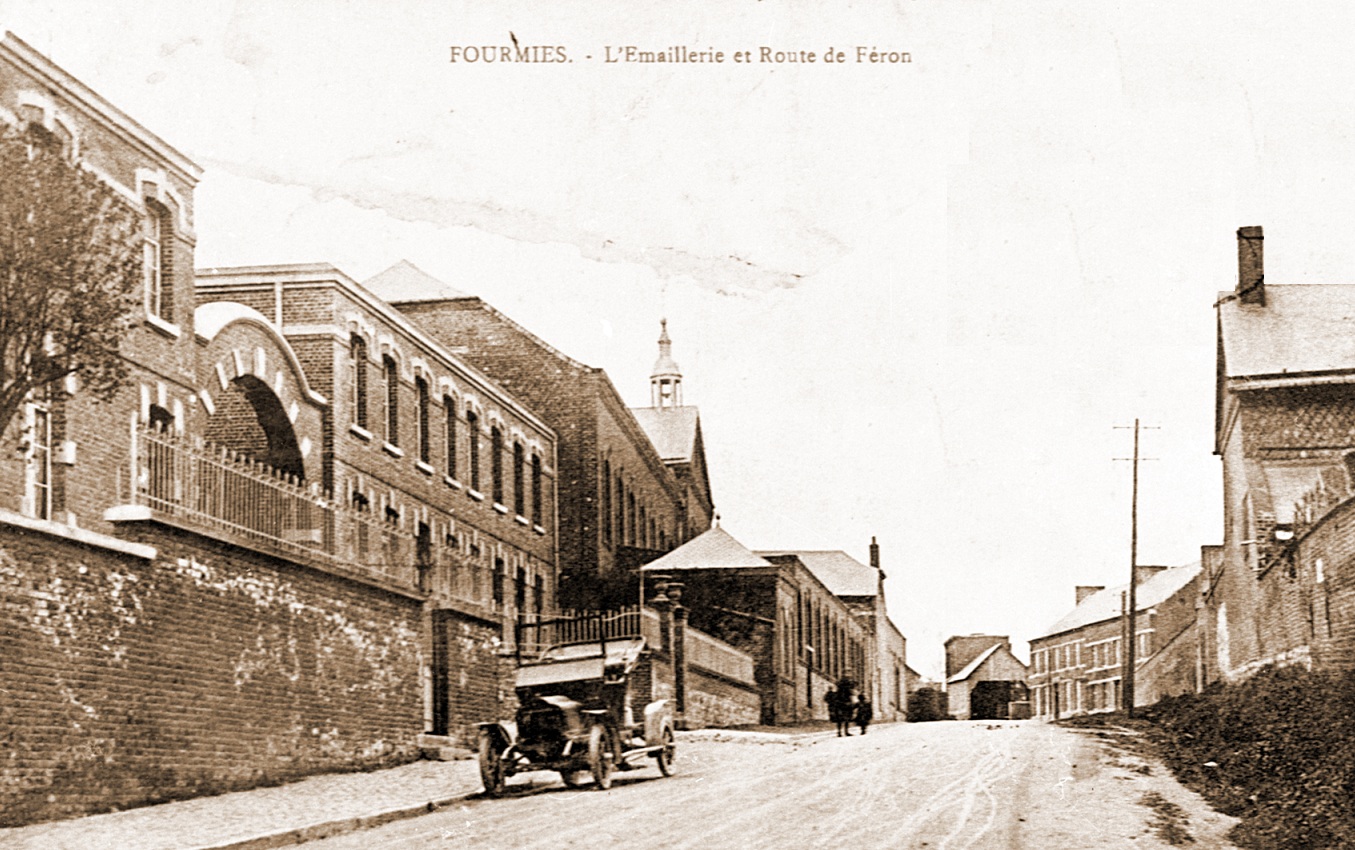 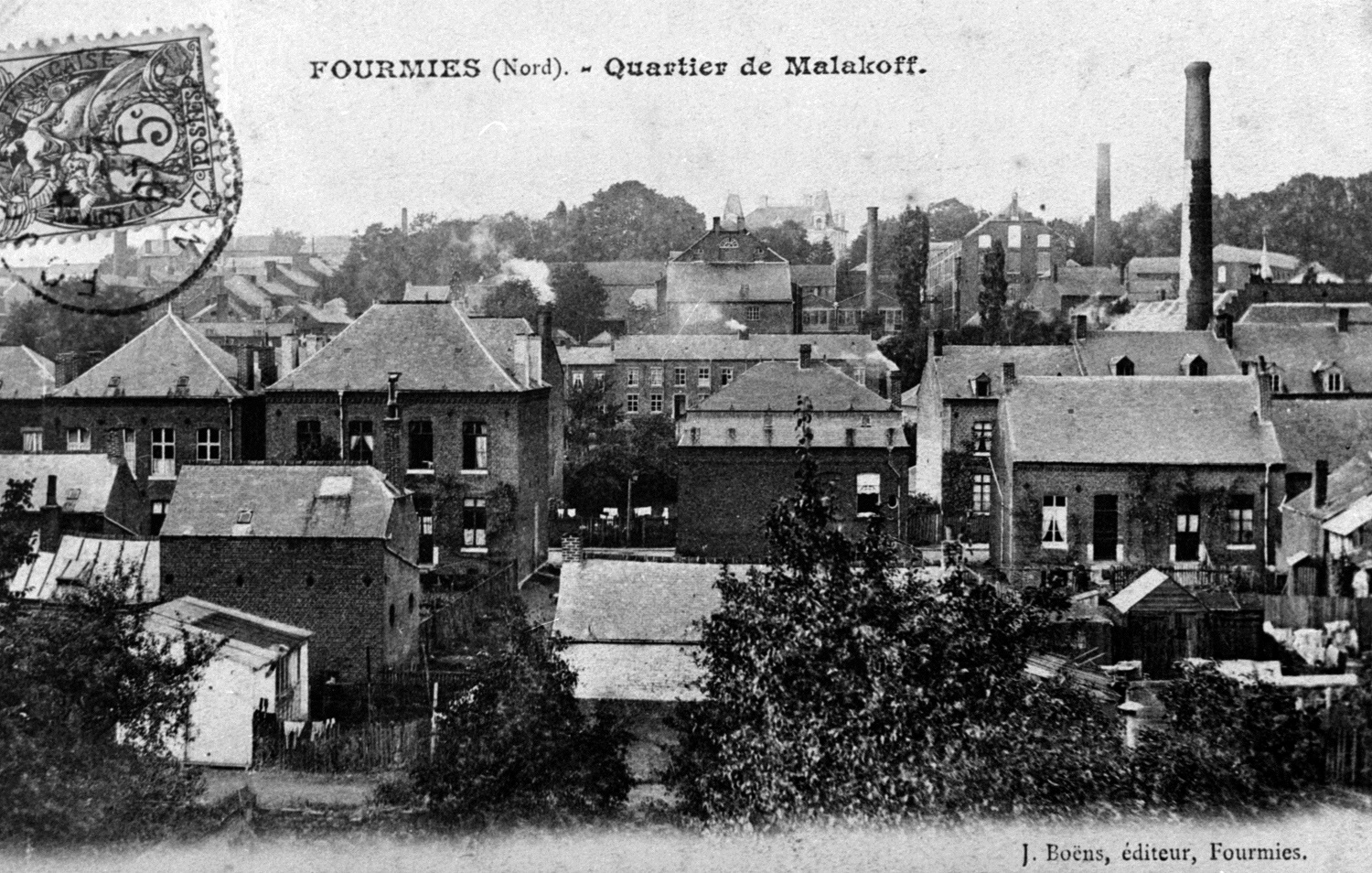